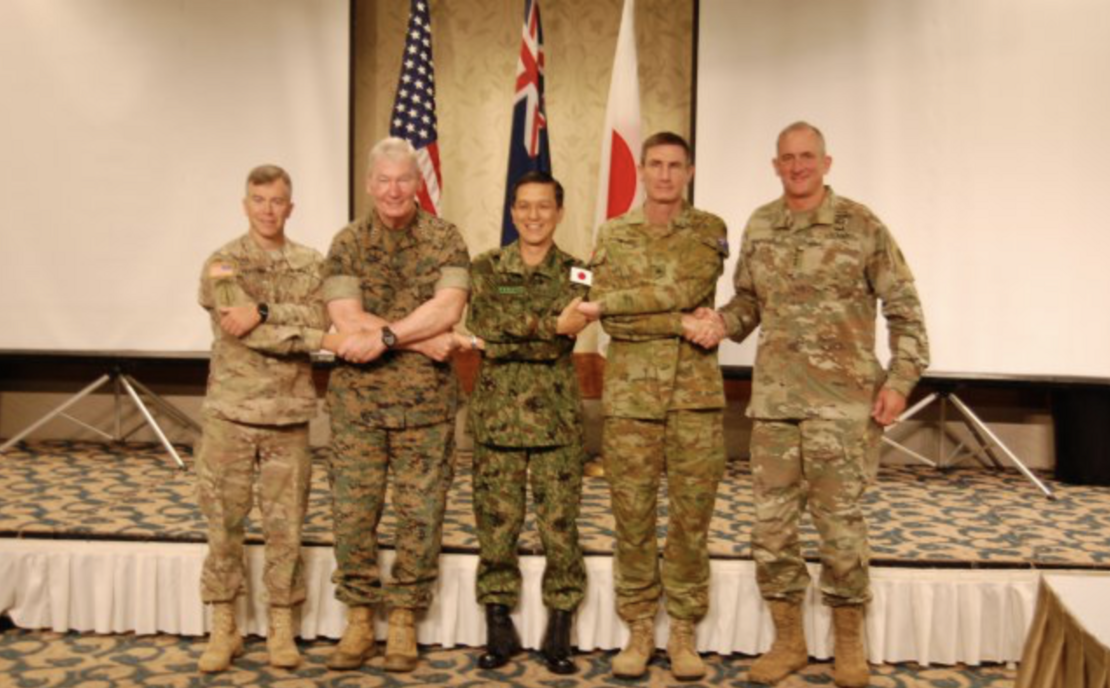 NATO, perhaps the most powerful military alliance in the history of the world, was created in 1949 to offset the rising threat posed by the massive military power of the Soviet Union, as well as to ensure that the world’s leading power, the United States, remained committed to the defense of a suddenly-enfeebled Europe.  Simply put, European powers were too weak to defend themselves from the perceived threat from the Soviet Union and, for the first time, the United States was willing to play a long-term role in maintaining the balance of power in Europe, a position previously occupied by Britain.  For the US, NATO would prevent the USSR from dominating Europe, while allowing for the European economy to recovery from the devastation of the Second World War, providing a large market for US exports.  Furthermore, the US and most European governments were terrified at the prospect of communist governments taking power across Europe, and not just in Soviet-dominated areas of eastern Europe.

Today, the future of NATO is in doubt, as the United States is increasingly focused on threats elsewhere, most notably in the Asia-Pacific region.  In fact, it is this region where a new version of NATO may be formed, committing the United States to the defense of its Asian allies in a similar manner as NATO committed the US to the defense of its European allies.  As China’s military and economic power continues to grow, other Asian countries are growing fearful of Chinese intentions in the region, and are seeking US support for their strategic independence.  Without the US, no country or collection of countries in Asia are able to balance Chinese power.  As such, there are increasing calls for the creation of a defensive alliance of countries in the region that will prevent China from ascending to a dominant role in Asia.

While NATO and the European theater has been the focus of a great deal of attention in the decades following the Second World War, the United States has actively defended its allies in the Asia-Pacific region against perceived threats, particularly the spread of communism.  In fact, the US has already been involved in a series of defensive alliances, including:

While Europe’s importance to the United States is declining, Asia figures to continue to grow in importance to the security and stability of the US.  The primary reason for this increasing focus on Asia is the incredible rise of Chinese power in recent decades.  Should China decide to pursue its ambitions in the region aggressively, it will force the US and its regional allies to react in concert with one another.  In fact, China poses a much greater threat to the US’ position in Asia than the Soviet Union ever did in Europe, given the fact that China’s potential economic and military power is much greater than the Soviet Union’s ever was.  Moreover, Asia is now the world’s leading economic center, so its stability has an influence on the rest of the world, much as Europe’s stability did a century ago.  With arms spending in Asia soaring, and with a number of dangerous flashpoints across the region, this stability is in serious jeopardy.

So, as China’s power rises, and as a number of flashpoints bring the threat of open conflict in Asia, which countries are most likely to seek to form a defensive alliance along the lines of NATO.  Here are a few:

The creation of a new military alliance in the Asia-Pacific region would likely prove to be very difficult.  Whereas the formation of NATO was made rather easy by the United States’ domination of much of Western Europe and that region’s devastation at the end of the Second World War, the situation in Asia today is much different.  For example, Europe’s collapse in the 1940s convinced the region’s leading powers that only greater economic and military integration could ensure European independence and give the region a voice in a world dominated by larger superpowers.  In addition, while Western European countries after the Second World War had nearly no economic ties with the Soviet Union, all Asian countries have strong trade and investment ties with China, the country whose regional domination such a military alliance would be designed to prevent.

As a result, the creation of a military alliance similar to NATO, but in Asia, is unlikely to happen anytime soon.  That is, unless, China grows much more assertive with regards to its territorial claims in the region.  Should China combine its rising power with a greater degree of assertiveness, such an alliance could take shape.  This could either balance power in the region, as NATO did in Europe, or it could provoke China to become even more assertive.  What is certain is that the stability of the Asia-Pacific region is the most important factor for global security in the coming years.