ISA Coronavirus Update (18th of May) 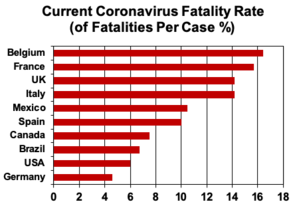 A recent study in Spain, one of the hardest-hit countries by the coronavirus pandemic, showed that just 5% of the two million people that were tested for the coronavirus in that country had been infected by the virus.  This dashed many of the hopes that countries that had experienced major outbreaks of the coronavirus would be able to develop herd immunity in the near-future. 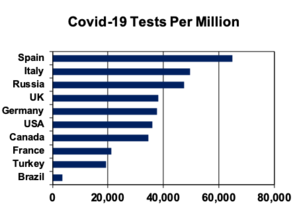 Japan Falls Into a Recession: In the first quarter of 2020, the Japanese economy contracted by 3.4% on an annualized basis, although this was not as large of a decline as had been expected by most economists.  Japan’s economy shrank even more in late 2019 due to a sales tax hike.

Warm weather has resulted in larger-than-expected numbers of people going to shops, parks, beaches and other public places as lockdown measures are being eased in many parts of the United States and Europe, a development that worries many health experts.

Health officials in Brazil’s largest city, Sao Paulo, have warned that they have reached 90% capacity for the city’s intensive care units (ICUs) as the number of coronavirus cases in that city continues to rise at a dangerously fast pace.