There are now more than 27.5 million known cases of the coronavirus worldwide, with an average of 260,000 new cases being found each day. The total number of fatalities linked to the pandemic around the world now stands at nearly 900,000.  The actual number of cases and fatalities is certainly much higher. 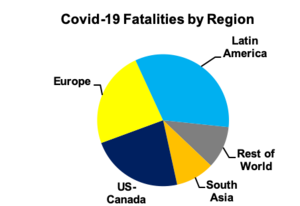 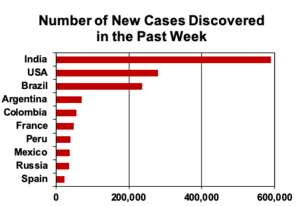 Strong Recovery Hopes: Hopes for a stronger-than-expected recovery have increased for a handful of economies in recent days, including the United States and Germany. However, some economists fear that this could stoke much higher rates of inflation due to soaring public spending.

The Latest on Russia’s Controversial Coronavirus Vaccine: It was reported that the controversial vaccine for the coronavirus that was developed in Russia had produced antibodies in all of the 76 participants that took part in a small trial of the vaccine in June and July. Many countries have signed up to receive this vaccine.

In the US, the death rate for African- and Latino-Americans from the coronavirus has risen much faster than for whites. In addition, the overall Latino death rate is 35% higher than that for whites, while the African-American death rate is more than twice as high.

Schools have reopened in many parts of the world in recent days, raising fears that this will contribute to a new surge in coronavirus cases, including in areas of the world that have so far been spared the worst of the pandemic.