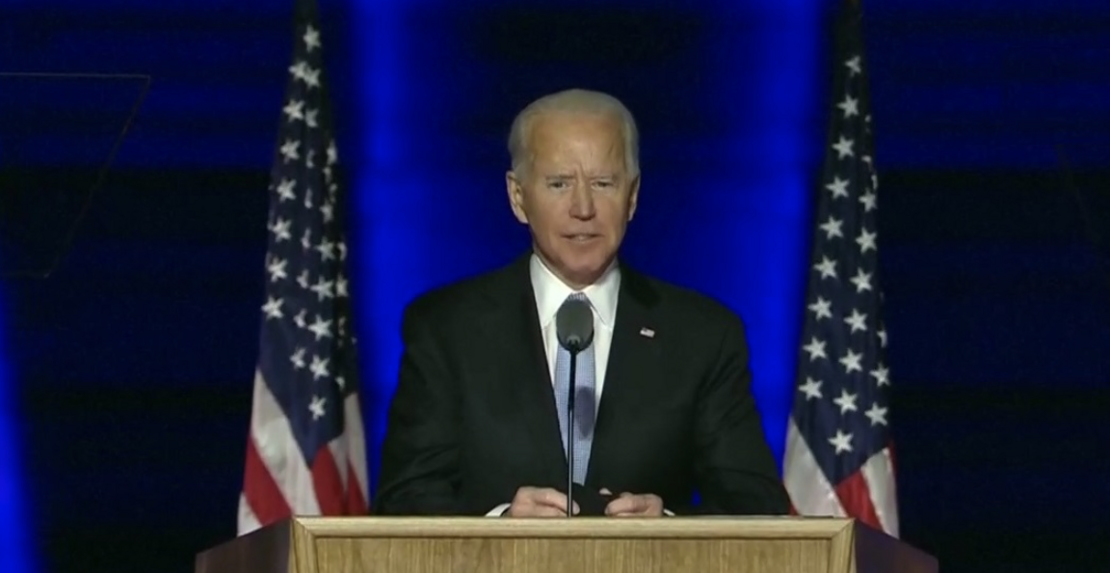 In the end, the days-long roll out of the results from this year’s presidential election in the United States were fitting for a year that will go down in history as one of the most chaotic in modern times. Many polls had predicted that this election would be a relatively easily won affair for the challenger, former Vice President Joe Biden, but that was not to be the case. In fact, for a while on election night, there were suggestions that President Donald Trump was repeating his surprising victory from 2016 as he surged to big leads in key swing states such as Florida and Ohio.

However, as the days rolled on and the huge number of mail-in ballots were slowly accounted for, the results began to look more like what had been expected. In fact, it now appears that Mr. Biden will win the Electoral College by a margin of 306-232 and the popular vote somewhere in the neighborhood of 51% to 47% when all of the votes are finally counted. As a reminder, we predicted that the Electoral College would be won by Mr. Biden by a margin of 319-219 (we had Florida and Georgia wrong, although we did predict that Georgia would be the closest result among the individual states). What these results did show was a deeply divided country, and it is very likely that these divisions will not be easily overcome by the new administration.

As President-elect Biden prepares to enter the White House early next year, he will be inheriting a number of massive challenges that his administration will have to immediately address, some of which could cost him some of his support. In our eyes, there are six main issues that will dominate the early days of his presidency.

A Difficult Handover: The first issue that President-elect Biden will have to face is whether or not President Trump will willingly hand over power and if he will cooperate with his successor. So far, there have been conflicting signs from the president and some of his closest advisors, raising the possibility that this handover of power could be one of the most rancorous in US history, particularly after such a bruising election campaign. Of course, one of the hallmarks of democracy in the United States has been the long-standing tradition of there not only being a peaceful handover of power between outgoing and incoming presidents, but also of the high degree of cooperation between the two leaders. A good example of this was the handover of power from George W Bush to Barack Obama following the 2008 presidential election that took place during the Financial Crisis. For President-elect Biden, a smooth transition of power would help him to deal with the myriad of other issues his administration will face upon taking office.

The Covid-19 Pandemic: The Trump Administration was widely criticized for its handling of the Covid-19 pandemic, and this pandemic worsened in the final weeks of the presidential election campaign as new case numbers in the US rose to their highest level so far during the time of the election. Worse, it is expected that the number of new cases of the virus will continue to rise between now and President-elect Biden’s inauguration. A look at the situation in Europe, where the per capita new case numbers in many countries are now many times higher than in the US, shows just how much worse the situation could become in the US in the weeks ahead. This will raise the question of whether or not more stringent lockdown measures should be enacted in the United States, as the country remains deeply divided on this issue. At the same time, the Biden Administration will be confronted with some challenging issues related to a potential vaccine for Covid-19, such as its approval for general use and its distribution to the wider public, even after the positive announcement from Pfizer about its new vaccine. If the Covid-19 pandemic continues to worsen in early 2021, and if it appears that a return to normality is still a long way off, this could become a major drag on the level of support for the new president.

The US Economy: For much of the period between the Financial Crisis and the Covid-19 pandemic, the United States economy was growing at what was by historical standards, a remarkably steady, if unspectacular, pace. However, the Covid-19 pandemic led to a record fall in US economic output in the second quarter of 2020, as well as a dramatic increase in the level of unemployment in the US. This forced the Trump Administration to make major public spending commitments to offset the impact of the pandemic, leaving the incoming Biden Administration with some difficult public spending decisions after it takes office. Furthermore, while the US economy did bounce back strongly in the third quarter, there are concerns that the worsening pandemic could significantly slow the pace of this recovery. After he takes office, President-elect Biden will have to find a way to work with the Congress on implementing a series of measures aimed to putting the US economy on firmer footing. Should this fail to speed up the economic recovery in the US, this is another issue that could cost the incoming president some of his support.

Foreign Relations: It would be an understatement to say that President Trump turned US foreign relations on its head. On one hand, he constantly found himself at odds with many of the United States’ closest allies, while at the same time, he courted long-time rivals such as Russian President Vladimir Putin and North Korean leader Kim Jong-un. When President-elect Biden takes office, it is expected that he will restore the US’ relations with its long-time allies, while taking a harder line towards the US’ rivals. As was the case during the Obama Administration, a greater focus will be on the United States’ position in the Asia-Pacific region. Here, it is expected that there will be relatively few changes in policy towards China, although some efforts at reducing bilateral tensions between the world’s two superpowers are likely. Within the West, the president-elect is likely to attempt to smooth relations with the US’ Trans-Atlantic partners after four tumultuous years. Nevertheless, given the fact that the number dangerous flashpoints around the world has been on the rise, it is likely that the Biden Administration will find itself enmeshed in a number of potential foreign crises during his first term in office.

International Trade: The United States’ trading relationship with other major economies was one of the areas that received the most attention from President Trump, with the outgoing president launching a major trade war with China and a number of other trade spats with key economic partners of the US. With regards to China, it is unlikely that President-elect Biden will entirely lift the trade and investment restrictions on China that were enacted in recent years, given the widespread support for a hard line towards China on trade issues in the US. On the other hand, some of the trade deals involving the United States that were shunned by President Trump are likely to be revived in the coming years, most notably the Trans-Pacific Partnership (TPP). However, support for protectionist policies in the US is likely to remain strong, especially in the wake of the economic dislocations caused by the Covid-19 pandemic. Furthermore, there are many segments of the Democratic Party that remain hostile to trade and investment and this could force the president-elect to move slowly with regards to this issue.

The Environment: One of the issues where the differences between President Trump and President-elect Biden was most evident was the environment. During his term in office, President Trump rolled back a series of environmental protection mechanisms in the United States, while taking a skeptical view of climate change and its threat to the future of the US and the world. In contrast, President-elect Biden spoke often about the need to strengthen environmental legislation in the US and to combat the growing threat from climate change. Therefore, it is expected that the new administration will push strongly for more investment in alternative sources of energy and will rejoin international efforts to protect the environment and to slow global warming. This could be one area where the president and the Senate (if still controlled by Republicans in 2021) could find themselves most at odds in the coming years.

There is little doubt that President-elect Biden will inherit a series of major challenges once he takes office in January 2021. The internal divisions within the United States, both politically and socially, are at their widest point since the late 1960s. Over the near-term, the Covid-19 pandemic is likely to worsen significantly between now and President-elect Biden’s inauguration early next year, and it may be some time still before an effective vaccine is developed and distributed to the US public. Meanwhile, the economy is likely to be buffeted by the lingering impact of the Covid-19 pandemic as well as by the damage to the US government’s fiscal position after the Trump Administration’s tax cuts and the huge amounts of spending that were made in order to mitigate the impact of the pandemic on the US economy. Externally, China is continuing to emerge as the single greatest threat to US global leadership since the Second World War and is likely to challenge the US’ position in many key areas of the world.

It should not be overlooked that, when he takes office in January, President-elect Biden will be 78-year-old, making him the oldest person ever to take office as president of the United States, making his health and well-being a major issue for as long as he is in the White House. At the same time, the Republican Party’s better-than-expected showing in many of the national, state and local elections this year is likely to embolden the party, making it less likely to be willing to work with the president on a variety of issues. Despite all of these challenges, it can be said that few incoming presidents have ever been better prepared for the job than President-elect Biden, as his nearly five decades of public service have allowed him to gain a better understanding of how Washington works than just about any other incoming president in US history. Given the challenges that await, he will need all of this experience if his presidency is going to be deemed a success.