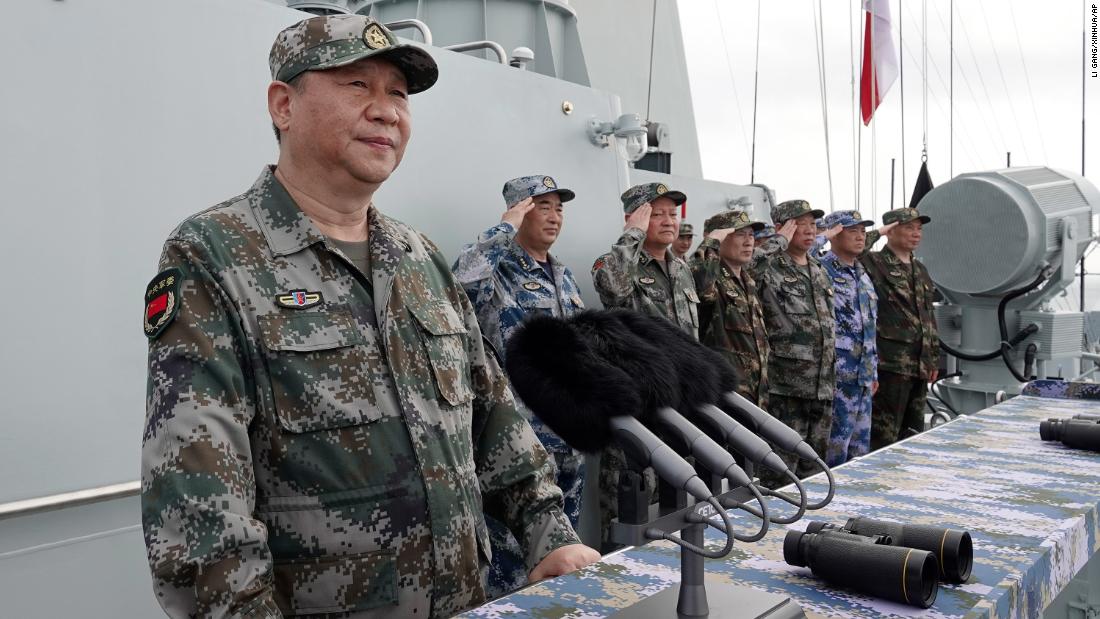 The Three Flashpoints That Will Define China's Future

The return of China as one of the world’s leading powers has been the dominant issue of the 21st century so far. Just four decades ago, China was considered a backwater that had little or no influence on the world around it. Today, China has emerged as the world’s second superpower, with influence that is now felt in all corners of the world. Much of the impact of China’s return to superpower status for the first time in centuries has been felt in the economic realm, as China is now the world’s second-largest economy and the world’s dominant manufacturing center. This remarkable increase in economic power has resulted in China finding itself in all sorts of trade disputes with its international rivals, most notably the United States.

While most of China’s disputes in recent decades have involved issues such as trade and investment, it is the growing threat of political disputes with other international powers that have the capacity to shape global geopolitics for the remainder of this century. Some of these disputes have existed for decades, if not centuries, but now have a greater influence on global security thanks to China’s increasing influence around the world. Furthermore, China’s military power has risen dramatically in recent years, to the point where China is now the undisputed number two military power in the world. With this in mind, it is worth taking a closer look at the three most dangerous flashpoints involving China, as any one of these could trigger a conflict that would be larger and potentially more disruptive than any other conflict since the Second World War.

The flashpoint that has the greatest potential to cause a major global conflict involves Taiwan. For China, this is the most important flashpoint of all, as Beijing views Taiwan as rightfully being a part of China, while the United States and other powers have vowed to assist Taiwan in its efforts to avoid being absorbed into China by force. Unquestionably, Taiwan’s economic success and its vibrant democracy are thorns in the side of China, as Taiwan has shown that there are alternatives to Beijing’s style of government and economic management. Meanwhile, Beijing’s crackdown on Hong Kong’s pro-democracy movement has been a warning that any potential reunification with the mainland could jeopardize the way of life developed in Taiwan in recent decades.

The key to this flashpoint remains the response of the United States to any effort by China to take control of Taiwan by force. As long as the US and its allies in the region remain steadfast in their support for Taiwan, China is unlikely to take military action against what it views as a renegade province. However, should the US and its allies fail to reassure Beijing of their commitment to Taiwan’s security, China may be willing to take a chance and launch a military effort to seize control of Taiwan. Of course, there is the big question of whether or not China’s armed forces are capable of seizing control of heavily-armed Taiwan. Regardless, this is the world’s most dangerous flashpoint and is likely to remain so for the foreseeable future.

Another dangerous flashpoint in the Western Pacific that involves China is the South China Sea. Here, China’s claim to 90% of the waters of that sea have raised tensions not only with the other countries that claim a share of the sea, but also with the United States and other major powers that claim the right to defend their freedom of navigation through these waters.

For the United States, the South China Sea has become the most significant test of its ability to continue policing the world’s most important waterways so that international trade can continue to flow. For countries such as the Philippines and Vietnam, this body of water is crucial to their position as up-and-coming powers in Southeast Asia, as well as their ability to withstand mounting economic and military pressure from China. With nearly a quarter of all global trade passing through the waters of the South China Sea, this waterway is a vital component of the modern global economy. However, thanks to China’s growing assertiveness in defending its claims to the bulk of this body of water, it is also becoming the flashpoint that is most likely to cause an inadvertent clash between the world’s two superpowers.

The third flashpoint involving China that has the potential to provoke a clash between major powers involves the country’s disputed border with India. In fact, as much of the two countries’ border is disputed, there are many potential flashpoints that could ignite a clash between two countries with a combined population of 2.8 billion people. When these two countries fought a vicious border war in 1962, both were economic backwaters, and they combined to account for less than 7% of global GDP at that time. When the two countries were engaged in clashes along their shared border last year, their combined share of global GDP had risen to more than 20%. In fact, these clashes last year left dozens of soldiers dead and were the worst clashes between the two giant neighbors since the 1962 war.

With China’s economic and military power having risen much faster than that of India in recent decades, the balance of power between these two countries has clearly shifted in China’s favor. As a result, India, which was long reluctant to commit to alliances with foreign powers, has moved to strengthen its economic and defense ties with the United States, Japan and other powers that are also concerned about China’s growing assertiveness. Should India’s ties with the US, Japan and others turn into full-blown alliances, relations with China are likely to deteriorate further, potentially leading to more border clashes that could escalate into an all-out war between the two countries that are expected to generate much of the world’s economic growth in the coming years.

As we look at today’s geopolitical landscape, it is clear that China’s relations with other major powers will go a long way towards determining the level of global stability and security in the years ahead. Of these, it is China’s relationship with the United States that will be the dominant bilateral relationship of the 21st century, with the US seeking to prevent China from overtaking it in terms of global economic, military and technological leadership. At the same time, China’s relationship with India will continue to grow in importance as both countries’ share of global economic output continues to rise, and as both countries increase spending on their armed forces. In fact, this relationship, as much as any other, will determine the balance of power in the vital Asia-Pacific region for the foreseeable future. Finally, China’s relationship with Russia bears watching. While the two countries enjoy cordial relations at the moment, due in large part to their shared desire to weaken the United States’ grip on global power, there are many flashpoints and issues that could divide these Beijing and Moscow in the future.

Predictions of China’s demise appear to be wishful thinking. The fact is, China is here to stay as a leading economic and military power for the foreseeable future and it is the only country that has the potential to overtake the United States as the world’s leading power. Economically, China’s scale is likely to overtake that of the US, although it is unlikely to reach US levels of wealth or living standards anytime soon. The same is true in terms of the technological competition between the US and China, although here, China is mounting a very serious challenge to the US in many areas. Only in terms of military power does China continue to trail behind the United States by a very wide margin, but this gap too has been closing in recent decades.