Will the World be Asian? »
« A Disappointing Result for the US Economy

Will Africa Rise or Fall?

These are critical times for Africa. What was until recently a great sense of optimism regarding the region’s future has, to some degree, given way to a great deal of concern. Not that long ago, hopes for a brighter economic and political future abounded in many areas of Africa, driven by higher rates of economic growth and the region’s growing connections to the wider global economy.

Unfortunately, the past few years have dashed some of these hopes as the region’s economy remains mired in a slump and as political unrest continues to destabilize many areas of the region. In fact, for many countries in Africa, recent economic growth rates have been lower than their population growth rates, meaning that efforts to reduce poverty and raise living standards in the region have not been making any progress. 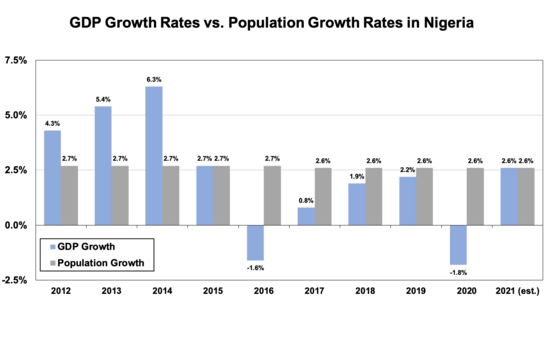 With more than one billion additional people forecast to live in Africa by the year 2050, it is imperative for the region that it boost its economic growth in order to create jobs and improve living standards for what will be a region of 2.5 billion people by 2050.

Africa has never truly been a center of economic power, with the exception of the ancient Egyptians whose empire was based in the northeast corner of the continent. In fact, for much of the past few centuries, Africa has usually been the least-developed and poorest region in the world. This was due in no small part to the fact that Africa has had little or no economic ties with the rest of the world, and when it did, these ties were often of an exploitive nature to the detriment of Africa’s people. Furthermore, the region’s harsh climate and its challenging landscape have hindered internal economic development as well as making it difficult to integrate the region’s individual economies.

This lack of economic development meant that there was little African states could do to prevent European powers from dividing the region amongst themselves in the 19th century, a development that further divided Africa, both economically and politically. However, since African states were able to gain their independence, there has not been much, if any, integration of the region’s economic or political systems. 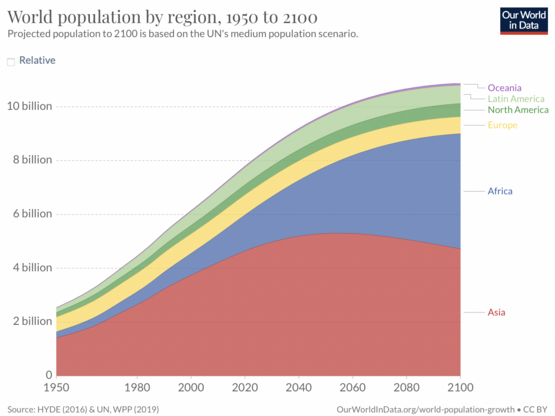 Other economic measures tell a similar tale. In 1980, Africa accounted for 6% of global exports, but today, that figure has fallen to just a little more than 2%. The same is true of foreign investment. Today, Africa attracts less than 3% of the world’s total foreign investment, highlighting the relative lack of investment in region. In fact, when compared with more successful emerging regions such as East Asia, South Asia or Central Europe, Africa’s economic performance in recent decades has been downright abysmal. 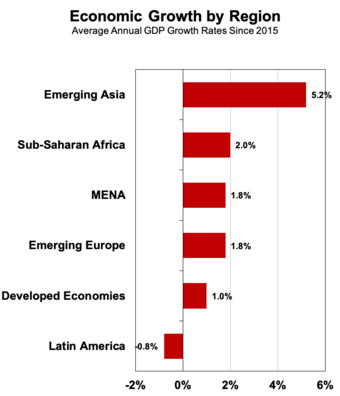 There are many reasons to doubt Africa’s ability to meet these economic challenges. In fact, Africa has never before enjoyed a prolonged period of economic growth and development, the reason why the region lags so far behind much of the rest of the world in terms of economic development and living standards.

One of the main reasons why the region has struggled to sustain prolonged economic growth has been the widespread political unrest that has plagued the region for much of its history. In fact, without a much higher degree of political stability, Africa will never meet its long-term economic goals. Another crucial factor behind Africa’s economic struggles has been the region’s lack of economic integration. In fact, trade and investment within the region remains just a fraction of what it could be. Meanwhile, in order to attract more foreign investment, African countries will have to do much more to improve their export competitiveness, which currently lags far behind the region’s more successful rivals in other parts of the world, most notably Asia. Finally, Africa must overcome its many geographic challenges, one of which is its relatively long distance from the world’s leading economic centers.

Despite these many challenges, there are also a number of reasons to be optimistic about Africa’s economic future. For example, while the rest of the world is already facing labor shortages that are holding back growth in many key economic sectors, Africa will have a surplus of labor in the coming years. At the same time, labor costs in Africa are just a fraction of what they are in most other areas of the world, and the skills gap between labor in Africa and in other key economic centers is gradually being reduced.

Thanks to its demographic expansion, Africa’s domestic market will also become increasingly attractive for foreign exporters and investors, resulting in more trade and investment opportunities for most African countries in the coming years. Finally, large-scale investments in improving the region’s poor infrastructure will begin to bear fruit in the coming years, helping to integrate the region’s currently fractured economy.

In many ways, Africa is the global economy’s great hope for growth for the rest of the 21st century. As growth rates have trended downwards in most regions outside of Asia, businesses and investors will turn to Africa as the final remaining region that can provide high rates of growth, much as Asia did in previous decades. In fact, thanks to its demographic advantages and its relatively low level of development, Africa is the only region with the potential to provide the level of growth that Asia has achieved in recent years. In fact, if Africa can become a center of global manufacturing while developing a fast-growing domestic market, it can become an engine of growth for the global economy, one that will be sorely needed in a world where growth is increasingly difficult to find. However, it first must overcome a wide range of challenges, each of which has the potential to derail Africa’s economic promise.