« The Performance of Leading Economies During the Pandemic 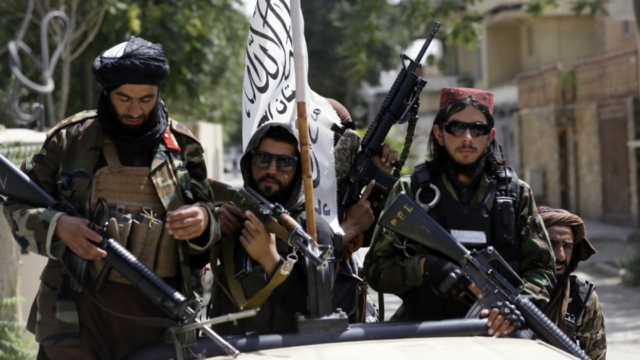 The Global Implications of the Taliban's Return to Power in Afghanistan

The dramatic scenes that unfolded in the hours and days after the United States announced that it would completely withdraw its military forces from Afghanistan have had a major impact on global opinion. Many observers have been quick to rush to judgment on how this withdrawal will impact the United States and other global powers. In fact, this withdrawal from Afghanistan was a long time coming and there was every indication that, once the US pulled out of Afghanistan, the Taliban would quickly return to power. Despite this fact, the world appears to have been little prepared for the return of the Taliban and the US withdrawal from Central Asia. This is unfortunate because this development will have a major impact on many powers around the world.

United States: For the United States, its withdrawal from the quagmire that was Afghanistan presents both an opportunity and a risk. For example, this withdrawal will bring an end to what proved to be a relatively useless expenditure of people and resources in a country that no outside power has managed to control for any prolonged period of time. Furthermore, this will allow the US to focus on the real threats to its leading position in the world, most notably China. On the other hand, this seemingly sudden withdrawal will lead some allies of the United States to question its commitment to their security. This could, in turn, open the door to rivals of the United States, such as China and Russia, to enhance their position in some parts of the world.

China: One of the initial reactions to the US’ withdrawal from Afghanistan was to suggest that China would be the major benefactor of this change. Certainly China will move to increase its investments in Afghanistan as it presents an opportunity to gain access to that country’s natural resources and to expand China’s Belt and Road Initiative further into Central Asia. Furthermore, it could lead to China establishing some form of military presence in Afghanistan. However, China, like the great powers before it, will probably find that Afghanistan is ungovernable, limiting China’s desire to establish a major presence in the country. Also, China will certainly be fearful that groups opposed to its control of the region of Xinjiang could establish bases inside Afghanistan.

Russia: Russia was certainly happy to see the United States withdraw its armed forces from Afghanistan, much as the Soviet Union did in 1989 (albeit with much greater losses than those suffered by the US or its allies). Now, Russia is likely to boost its presence in Central Asia, as Russia will offer security to those countries in that region that are fearful of  the destabilization caused by the return of the Taliban. Of course, this destabilization could spread to Russia as well, something that Moscow is fully aware of.

Pakistan: The most immediate impact of the return of the Taliban is likely to be felt in neighboring Pakistan. In fact, Pakistan played the leading role in the creation of the Taliban in the 1990s, as Pakistan wanted a friendly government in Kabul. A further advantage of the Taliban’s return is that India’s presence in Afghanistan is now likely to be dramatically diminished. Nevertheless, there are some concerns in Islamabad that the situation in Afghanistan could destabilize some regions on Pakistan, particularly its volatile Northwest.

India: India has been one of the leading investors in Afghanistan in recent years and had established close ties with that country’s recently-ousted government. Now, India is all-but-sure to lose most of its influence in Kabul and is likely facing more anti-India sentiment across Central Asia. In addition, there are significant concerns that groups hostile to India will now be able to establish a presence in Afghanistan and could potentially use bases there to carry out attacks inside India.

The Middle East: The Middle East is likely to also feel the impact of the changing situation in Afghanistan. For example, the United States’ allies in the region are likely to question the US’ commitment to their security and to the region as a whole. Iran, which shares a long border with Afghanistan, nearly went to war against the Taliban in 1998, but will now try to find common ground with it, despite their ideological differences. Overall, the recent changes in Afghanistan could prove to be destabilizing for an already-volatile region.

Europe: When the United States announced its withdrawal from Afghanistan, dozens of European countries found themselves with little choice but to scramble to pull their own armed forces and civilians out of the country. This highlighted Europe’s near-total-dependence upon the US for security, particularly when it comes to missions outside of Europe. Now, Europe fears a surge in refugees from Afghanistan, awakening fears of a migration crisis on the scale of the one it experienced in 2015. Furthermore, this crisis has further exposed the growing divisions between the US and Europe.

For a poor and landlocked country, Afghanistan’s influence on global affairs over the past few decades has been quite significant. Nevertheless, it is the fact that Afghanistan is a poor and landlocked country that serves as a reminder of why the United States needed to withdraw from the country, for its future geopolitical position in the world will not be determined by its ability to control remote areas of Central Asia. Now, it will be the Taliban that will face the challenge of controlling all or most of Afghanistan’s territory, something that it struggled to do the last time it was in power in Kabul. If the Taliban do manage to control Afghanistan’s rugged territory, the key issue for the rest of the world will involve the Taliban’s relationship with Afghanistan’s neighbors, as well as with the United States. If the Taliban fail to secure control of all of Afghanistan, the biggest threat will be the creation of a power vacuum at the heart of Central Asia, something that could destabilize the rest of that region and could once again force outside powers to intervene in Afghanistan.