Russia’s inability to make significant territorial gains in the conflict in Ukraine in recent weeks has had a major impact on both the morale of Russian soldiers as well as on the overall Russian plan for the war. On one hand, Russia’s ability to carry out new offensive operations in eastern or southern Ukraine has been hampered by this low level of morale, with many reports indicating that Russian soldiers are refusing to obey orders. On the other hand, this loss of confidence has forced the heads of Russia’s armed forces to limit their operations to much smaller areas of the front than they would like.

Much of the recent fighting remains confined to areas long the eastern front in the Donbas region. Here, Russian forces continue to make only very minor territorial gains, a far cry from the pincer movement they had envisioned for that front. Meanwhile, on the northern flank of the eastern front, Ukrainian forces have made territorial gains around the city of Kharkiv, almost driving the Russians out of artillery range from Ukraine’s second-largest city. 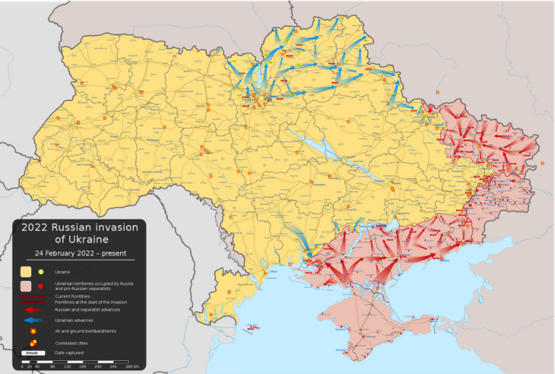 Victory Day Comes and Goes: It had been expected that Russian President Vladimir Putin would announce a major policy change with regards to the conflict in Ukraine. However, no such pronouncement was made, with President Putin instead simply blaming the war in Ukraine on the West.

Russian Unpredictability: An increasing number of analysts believe that Russia is preparing for a long war of attrition in Ukraine. Furthermore, there are growing fears that Russia will become more unpredictable and could take drastic action to break the stalemate along the front lines.