Highlights from the Past Week

Vietnam and Singapore released their Q4 2022 GDP growth results, with the former’s economy expanding in 8.0% in 2022, while the latter’s economy expanded by 3.8% last year. Other East Asian economic growth results will be closely analyzed in the coming weeks as that region is expected to be the main driver of growth for the global economy in 2023. 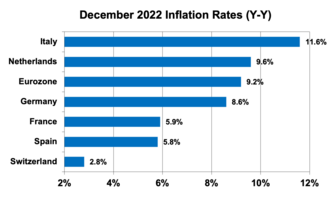 Recent data showed that export growth slowed in a number of major economies in late 2022, including in the United States, Canada, South Korea and Brazil. In contrast, export growth from Germany remained strong, boosted by a weak euro.

The job market in the United States was stronger-than-expected last month, adding 223,000 new jobs. At the same time, the unemployment rate in the world’s largest economy fell to just 3.5% in December.

The global economy has entered into what is expected to be a very challenging period, with many major economies forecast to fall into a recession in the first half of this year. Furthermore, the recent steep declines in export growth in many of the world's leading exporting economies is a worrying sign for a global economy that needs higher levels of trade to generate growth in the coming months. 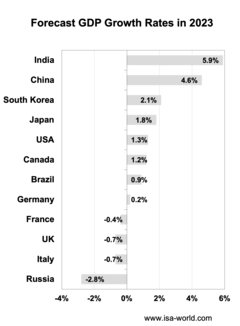